What is interest drag?

Interest drag is the process of prolonging a structured settlement factoring transaction to earn interest off the delayed time before the transaction is funded.

Is every prolonged deal a case of interest drag?

No, there can be many delays in the factoring process such as acquiring court dates especially in states like New York and North Carolina.

For all you daily readers, sorry we haven't posted much lately, Settlement Quotes has been working on some exciting projects, including the new website design, our discount rate calculator, and our present value calculator.

Settlement Quotes decided it was time for an updated design using "The Structured Settlement Factoring Exchange" (first coined by John Darer) as our new slogan. The website also received a member section overhaul as well as an administration section overhaul.

Its estimated that 68% of Americans use the internet on a regular basis. This is an increase of over 120% since the year 2000. Over the next 3- 5 years the same type of increase is expected. As more and more structured settlement recipients gain access to the World Wide Web, comes greater responsibility for structured settlement factoring companies to educate these consumers on the process, laws, and facts of the industry.

The REAL Truth About "Servicing"

Interview With Client of Settlement Quotes 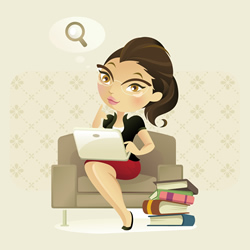 The Time Value of Money In Structured Settlement Factoring

Knowing something about at least the basic principles of investing is fundamentally important if you plan on getting into that game. Just as you wouldn’t buy a house without getting all the information on the structure and costs, or a car without ‘kicking the tires’, anyone who wants to invest their money either in the stocks or annuities should get to know a few basic terms and what they mean, the Time Value of Money is one of these.

Don't Be Caught A Victim To "Interest Drag"

Interest drag is the practice of prolonging a structured settlement factoring transaction for several months to make up the difference of lost profits in interest. This practice is becoming wide spread across the factoring industry due to lower costs of money of certain factoring companies.

This following post is a guest post by Dominic Orsel. Dominic is a day trader based out of Sacramento California.

With the increased volatility of the stock market over the last few months, both equity firms and private investors are pouring money into the more secure annuity market. It is important for tort victims to realize the signifigance of their structured settlement in todays financial marketplace. Investors are becoming increasingly interested in these financial vehicles due to the security that they provide with the up and down movement of todays stock market.