It was stated in the interview by Mr. Schlichtmann that annuitants should stay away from factoring brokers due to a lack of skill sets. Mr. Bracy follows up by stating that you want to talk to a direct funder when factoring settlement payments.

Who is a legitimate direct funder in the structured settlement factoring industry?

There is not 1 company that funds their own accounts. Every company in the industry that calls itself a direct funder uses outside investors, equity firms, or sovereign accounts to fund their transactions (i.e. Credit Suisse or DZ Bank). How can a company call itself a direct funder when they don't use their own money to fund their transactions? The so called direct funders of the industry are nothing more than glorified processing companies.

While Settlement Capital is a cash now pusher and apparently services payments needlessly, they are one of the more respectable companies in the industry. I would recommend this company over many others, but what is the difference between Settlement Capital and Settlement Quotes? 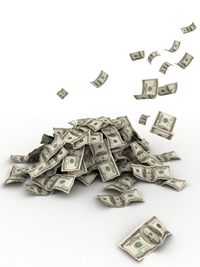 The question was then asked by Mr. Schlichtmann, how an attorney should find an appropriate company to factor a client's structured settlement payments. Mr. Bracy responded by stating that an attorney should shop around for the best price for their client's settlement payments. Mr. Bracy continues on to separate the direct funders from the factoring brokers. "Sometimes they will in fact shop around and find you the best price, you can do that yourself."

Settlement Quotes recommends to everyone to shop around for the best price, but there are a few problems with doing this process on your own. If you initially contact 5 or 6 companies to provide quotes on factoring your structured settlement payments, you will receive multiple calls from each one of these companies everyday. These calls will continue for several months. Feel free to test this out on your own. Click here to take out a free phone number and voice mail service. Fill out 5 or 6 quotes online and let us know how many messages you receive for the first couple of days and weeks.