Updated January 2012 - How important is a company's reputation when purchasing structured settlement payments from tort victims? JG Wentworth is the largest company in the structured settlement factoring industry, but it's important to note this company's Better Business Bureau record. JG Wentworth has done a good job over the past 2 years of cleaning up their record. This article was originally written in 2008 and JGW had over 40 BBB complaints. Looking at their record now, they have just over 30. This is impressive with all that has happened in the 4 years since this article was written.

Over the past four years, JG Wenworth has filed for bankruptcy, laid off over half its workforce, and merged with it's biggest competitor Peachtree Settlement Funding.

The comparison of the number of complaints over the last three years may be a far better indicator of customer experience than the BBB Rating alone. 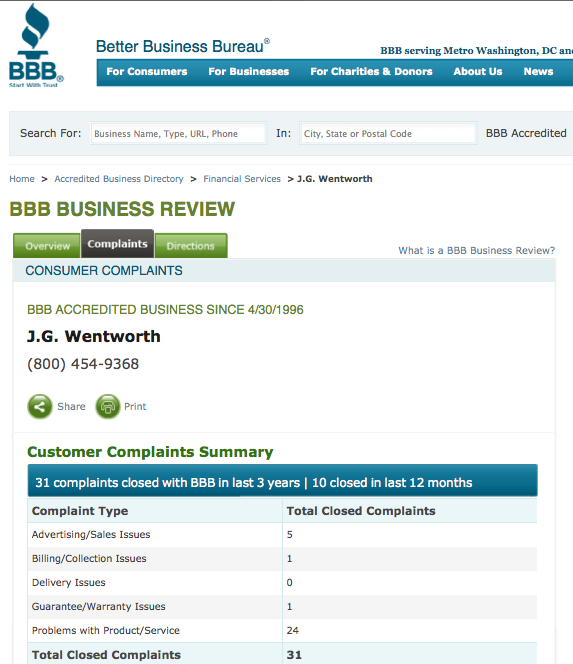